Switching things up a little bit here because I started a new website a few nights ago. It was about 22 hours from when I initially got the idea, bought the domain, hooked up some hosting, you know, the whole shebang-a-bang and I’m already seeing some decent traffic … Only because I already had some traffic sources from before so it’s not like I’m throwing a bunch of money at it.

This is a the end of day one update. I’ll break it down from the beginning I guess.

Bought the domain from GoDaddy. I also went with hosting on GoDaddy because it is adult-friendly. I know there’s a lot of webmasters don’t like GoDaddy for hosting but I have a shared plan for these fun project websites that I’m not going to want to spend $30 a month on for hosting.

So the hosting was already there, the domain with name protection was $25. Hosting could have been purchased for around $5 or $10 a month. Wham, bam, we’re in business and “live.”

I bought a theme and a mass video embedder. Here we go, almost time for business.

If you’re looking to stay up to date with the drama, check out this thread on GFY. Head to the last page and see how things are going, issues may be resolved in the future.

Ok, first big failure. Maybe this adult thing is a whole lot shadier than I thought. Oh well, $68 down. Hopefully, they refund it in a timely fashion.

No script or plugin to auto-import videos; I gotta do it manually.

So I’ve never created an adult website before and never thought about it until I was in the shower and I was like, oh my gosh, I have this Twitter bot that’s been running for years. 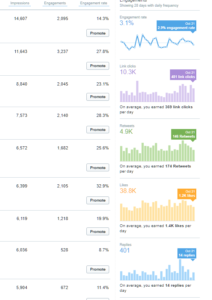 It’s getting a couple million impressions and five-figure clicks to whatever link I put in the tweets. So why don’t I just make my own website to send them to instead of some affiliate program?

In the past, I’ve sent it to some of my other websites that weren’t exactly in the same industry but vaguely related. High bounce rates galore, it wasn’t really worth it. I’ve also tested out various affiliate offers like those from CrakRevenue and Chaturbate, but still, they just weren’t cutting the mustard. A few bucks a month but nothing groundbreaking.

This will hold the website over in the first few months before SEO magic kicks in. There’s only 1 other competitor in the niche and they’re getting (estimated) around 750k organic visitors a month.

One last piece of the puzzle is Reddit. The same way I set up a Twitter bot, I also created one for the new subreddit I created for the website. It’s not just spamming with links to the videos embedded, but also native content. It’s already gained some organic subscribers, and every video posted to the site gets automatically shared to the subreddit as well.

So a few ways of monetizing

It’s actually like it’s not like nefarious and you’re not doing anything bad. They give you all the tools to do this. They want you to pay you if people watch their videos on your website. So that’s what I’m working with right now.

This can be automated with a number of scripts, but I’m going the manual route. It takes less than 1 minute, usually 30 seconds to embed a video, if you know how to format a spreadsheet and use the concatenate function.

But let’s think about this, who goes to a website and only watches 1 video? They bounce around a bit until they find that gem. So maybe a person will watch 10 videos, then come back and watch 10 more the next day. Multiply that by thousands, and you can see how this is a volume game.

By running a boatload of banner advertisements

This is going to be a volume game. That’s why (for you active adults out there) you go to a website and there’s like 15 ads and pop-unders and pop-ups and ads when you pause the video and ads when you close and ads when you…It never ends. There are ads everywhere because you’re not getting paid shit for what for them. They’re getting fractions of a dollar for a CPM.

That’s why there are so many ads whenever you go on an adult website.

I’m using ExoClick for my advertising. Again, because this is a volume game, the CPMs are less than stellar on an individual basis, but when you’re showing 5+ on every page a visitor goes to, they add up quick.

There is definitely money to be made but it’s a huge volume game. That is what I’m gathering at this point.

Let’s do some predictions.

Theoretically, I should get about 12 to 14 thousand visitors over the next 30 days. Assuming that they watch two videos, that’s $30-40 right there. Looking at my Google Analytics, the average visitor goes to 3.33 pages. So around 40k page views a month to start out with. Throw 5 ads on each page, that’s 200k impressions. Lowballing my CPM to $.25, that’s another $50. That’s optimistic, so even if we cut that in half we’re still looking at around $40.

In the first 30 days, on a brand new adult website.

This will go on for a long time. I’ll be adding new content. Letting things grow continuously.

See you in a few months with an update.

Competing against your own niche/authority website in the SERPs

How to Drive Traffic to Your Job Board

How to Monetize Your Job Board

I wrote this; it's mine. Copyright all me.

This is my affiliate disclaimer. You know what this is if you've spent time doing internet marketing. If I link to a product, it's probably an affiliate link. That means I get a commission if you purchase or sign up or sometimes even if you click. This doesn't cost you anything. I am incentivized to recommend some products over others if the commission is higher. I'll probably take that incentive.

Fortunately, since this site is quite literally my name, the risk of reputation ruin prevents me from recommending products I don't use. Hence the lack of "top X tools" type posts. Only talking about what I got going on.

Programmatic SEO Moving Forward: My Plans for the Future

Quickly Turn Your Video/Audio Transcriptions into Articles with AI (Jasper)

Programmatic SEO for Affiliates: My Thoughts as a Beginner